Alan and I are 3 months away from 5 years of marriage! It's hard to believe, but considering our twins are 2 1/2 and we have another on the way.... we definitely have the kids to back up the years :P
﻿ 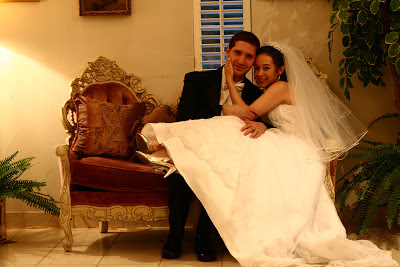 Our first two years were truly bliss. I am so glad we didn't get pregnant right away, because that time with just us was a wonderful foundation to have, especially when the challenges of raising twin newborns together arose.﻿
﻿
Our wedding day was so so happy. 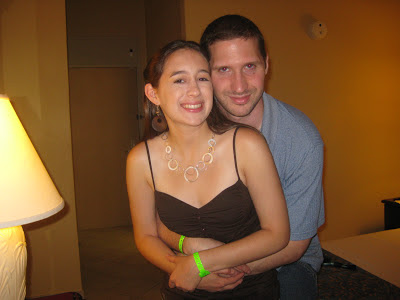 In Jamaica: Married about 5 months 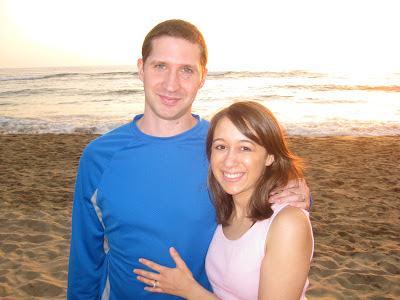 On a beach in Italy: Married about 1 1/2 years. I almost don't like looking at our Italy pictures because I was so skinny!! Alan calls this version of me "Italy Krystal" mainly because it bothers me :P
Having two babies at one time was pretty hard on me and our relationship for a while. I feel we are stronger than ever now, of course I am also much nicer when I get sleep :P Here are the main things I learned that I feel have strengthened our relationship:
1. Men aren't robots, they have feelings too.
-This one may sound silly, but after our boys were born I thought everything was about me because I was taking care of them full time. I didn't think about how my stress was affecting Alan, or how my expecting Alan to never have a break was not good for him or me. Sometimes we as women have to just be nice to our men, and it makes all the difference. Instead of nagging, which I was doing, and I always thought I would never nag!
2. Do NOT blame your husband for your stress or your kids' behavior.
-I don't know how common this is, but I was wanting my husband to make everything easy after our boys were born, and if it wasn't easy, it was somehow his fault. This was so unhealthy for our relationship. As the kids get older, and we work on disciplining together, I think it's important we don't blame each other for how the kids behave, and instead work together to improve their behavior. But they are two year olds.... :P This is also why couple time is so important <3 em="">
3. Let go of bitter feelings. Don't be afraid to forgive and move on.
- This one is so important. God definitely kept us together during our hard times when our boys were small. Alan was truly going way above and beyond what a "normal" singleton dad would ever be asked to do, and getting no credit for me. I was constantly asking for more, and actually harboring bitter feelings towards him that he didn't deserve, but that weren't going away. One day I listened to a sermon about forgiveness, and something just clicked. I had to forgive, let go of my bitterness, and love my husband like I always had before. Wow, such a huge turning point, it felt so good! And Alan responded immediately.
I have been thinking a lot about this lately, because Alan has been so awesome. He is great with the boys (especially now that they are so interactive!) He watches them almost every Sunday while I work.﻿ He is so loving towards me, no matter how I look or how the house looks when he gets home. He will take extra trips to the grocery store if I ask. When we both wake up at night he always reaches for me to hold me. I could not have asked for a better man, and am so glad I learned a few things, so I could be a better wife.
﻿
﻿
Posted by Krystal at 4:36 PM 5 comments:

They can be pretty cute...

I have to write down some of the adorable things my boys have been doing lately:

Tonight as I was reading a bedtime book to them (The Belly Button Book by Sandra Boynton), there was a page where a hippo was sitting at the beach snacking on grapes. Adam pretended to grab a grape, then "fed" it to me and said, "here you go!" Then Matthew did the same. I had about 4 or 5
"grapes" overall. :)

Both boys have to point out all hellicopters and airplanes that they see while we are driving. Especially Matthew. Sometimes they throw in trucks, and BIG trucks as well. When it's just me it goes like this... "MOMMY!"
"Yes?"
"Hopter!"
"Yes, that's a hellicopter"
"Hopter, yes, hopter"

And so on until we reach our destination. They are equally excited about each airplane/hellicopter/truck/moon sighting that they see.

Adam loves to lay down, pull covers over himself and pretend he's asleep (he even snores. Matthew does this too). He also loves to lay under covers and cuddle with his Mommy... one of my personal favorite things :) I have been unconsciously sighing contentedly when he does this. Now when he cuddles with me he makes this high pitched noise, which is an imitation of the sigh that I do. I just melt!

The boys are very particular about items that are assigned to them. This is mostly color coded sippy cups/clothes/silverware/anything color coded, their high chairs and their car seats. They really don't have their own toys, that is easier to deal with by just having them take turns. (They always say, "turn??" and then (if all goes well), their brother says, "there you go!") However when it is something assigned to them, they are extremely particular.

I put Adam down in his high chair, but I had placed a blue fork there. (Matthew's color.) While Adam was still in their air over the high chair he was saying, "No, Matthew's! Matthew's!" The moment I sat him down, he grabbed the fork and put it on Matthew's tray, "Yes, Matthew's." I then gave him the green fork that was on Matthew's tray, and he was very content.

I accidentally put Matthew in Adam's car seat one night. (I never do this, but it was dark and I was talking to people.) I thought he was just not wanting to go in his car seat, he was being very uncooperative. But he kept saying, "No, mine! Mine!" And pointing at his car seat. Whoops... I immediately switched him and he was very happy.

If I give them the wrong color sippy cups, they will switch with each other.

At night after we turn off their lights, I can't tell which twin is which. Sometimes I ask them what their name is, because they are very unhappy if one of them ends up on the wrong side of the bed. Matthew is on the left, Adam on the right. It can not be any other way! If one of them tries to upset his brother, he will get on his brother's side... and that is where it is hard not being able to see which is which. (They wear striped pajamas every night... Little Keeper Sleepers that you can't get off without an adult.. They are different colors, but the colors are hard to see in the dark.)

When they both pee pee in their potties (deserving of one M&M each), I will often give both M&M's to one twin. He will diligently find and give his brother the second M&M, but always in his brother's designated color. Also when I try to reward one twin extra (for poo poo-ing in the potty), he always shares his big reward with his brother. Adam does this especially, running and saying, "Matthew! Treat! Here you go!"

(P.S. They have the most adorable high-pitched toddler voices, and I think I am going to cry when they go through puberty and get deep voices)

I am amazed at how similar their word and language development is. They almost literally know exactly the same number of words and phrases. They started using two word phrases at about the same time. Matthew has been a little ahead, but Adam quickly learns and catches up.

My brother asked Matthew if he was a baby and he replied (emphatically), "No!" and ran over to me, pointed to my belly and said, "Baby, yes, baby."

Adam was taking a nap at my brother & sister-in-law's house and woke up because he heard his baby cousin crying. He immediately came out of his room, found the baby and said, "Alright, baby?" and gave him a hug :) The baby immediately stopped crying.

Later as he was playing with his baby cousin (who has recently learned to crawl) he said, "Come, baby, come" while curling his fingers inward to indicate for the baby to come. It was very sweet.

They know the alphabet by sight, and also know the letter sounds thanks to starfall.com. They can also count to 10.

They are completely confused on color names though (which is strange to me, since they are so particular about colors.) Their default answer is, "Red!" when I ask them about an objects' color. Then they go with, "Pink!" I have no idea why they go with pink next, we hardly have had anything pink around until just 2 weeks ago when we found out we were having a girl.

Also, they can count to 10 just fine, but when I ask them to count how many object there are, they have interesting answers. If there are 3 objects, they were say "1, 2, 3... " (I am thinking, they are so smart! "4, 5, 6, 7!" (Wait, what??) They will count the objects, then start over and count them again, then sometimes they will count the first one again, so their final answer is more than double the actual amount. If there are two objects, they will sometimes say, "2, 3... two apples!" If there are lots and lots of something, they will often say "2, 2, 2, 2, 2..." as if it's too much to count individually, but there is definitely more than one. They both do these things, which may seem strange, but it is so normal to me. It will probably seem strange to me when Olivia gets here, and has different needs/develops at a different pace than everyone else.

And today, Alan was sitting in his recliner watching the Super Bown (which also happens to be the recliner Adam uses when I let them watch TV.) He said, "Mine!" Then took Alan by the hand, got him out of the chair, then hopped in himself and sat there very content, drinking his milk. This is a big deal, because that has been Alan's chair for years. :P (I am definitely not allowed to sit there.)

Happy Superbowl Sunday everyone!!
Posted by Krystal at 7:18 PM 1 comment: